Inclusion and climate-focus next steps for Australian startups

Written by Welcome to Day One 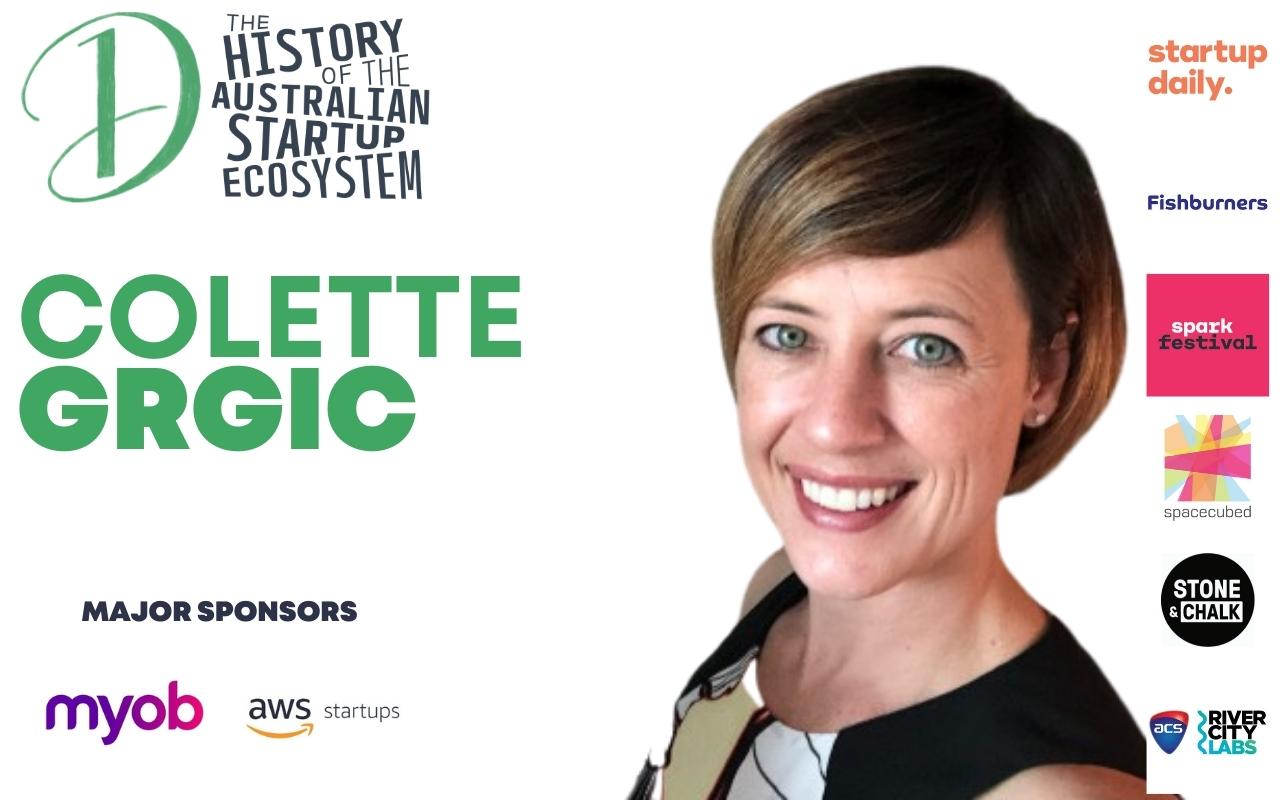 Innovation and growth are constantly hot topics for the Australian startup space. For Colette Grgic, head of startups for AWS, the next steps are for the entrepreneurial world to be more inclusive and focused on climate solutions.

Colette spoke to The History of the Australian Startup Ecosystem podcast about how she sees the current startup space and what she thinks should happen next to help the industry innovate and grow.

How being in Australia helps startups

There are lots of great reasons to start a business in Australia. While the relatively young age of the startup ecosystem here is seen as a negative by some, Colette believes that’s actually an advantage. In a world that’s changing so quickly, having a fresh outlook on business problems means that Australian startups can pivot more quickly than some international counterparts who feel they have to stick to traditional ideals.

She said, “Do you know where I think sets us apart? We do actually have a very distinct culture within Australia. And I think it was because we were lucky that at that inflection point when we got to build the ecosystem, we don’t have a 20-year or 50-year legacy that we’re driving. You know, if you think back over the 10 years where that really was a catalyst point, that was also a point of awakening in the world around a lot of social issues.”

“And I think we got to be a lot more intentional and not just adopt what we saw happening overseas, but to actually be intentional and build that culture ourselves. So I do think as intangible as that is, I do think the culture is something that sets us apart.”

Next steps for Australia: inclusion and climate change

To build on the success we’re already seeing in the Australian startup ecosystem, Colette suggests that there are two areas we need to focus on: inclusion and the climate.
Inclusion and diversity are often used as buzzwords, but when done properly and with the right intentions, we can see the positive changes that can come of it.

Diversity generally means new points of view, which means we can tackle challenges in new ways.
And of all the problems facing us, the climate emergency is almost certainly the biggest. As people are accepting the severity of the problem, more ideas and more funding is becoming available to help minimise the changes.

She said, “Look, I think there are two things that I care very deeply about that I am, in as much capacity as I can, baking into the ecosystem. The first one is how are we building an inclusive ecosystem? And it’s not for the feel-goods. It’s because we have some very big problems in the world that we need to solve.”

“How broad is that really? Are we all coming to our problems with the same perspectives and the same world views? And I think there’s a massive opportunity for us, not just within gender, but within many

“How broad is that really? Are we all coming to our problems with the same perspectives and the same world views? And I think there’s a massive opportunity for us, not just within gender, but within many different backgrounds to start building up more diversity in our ecosystem. And we can only do that when we take an inclusive approach.”

“When we go ‘Everybody is actually welcome here and everybody with their different skill sets has something to add’. From that perspective, I think the thing that we could still do better, even though, you know, 2012, we were 4% female-founded and I think 2017, I think it was something like 15%. And now we’re at that sort of 24, almost 25% female co-founded at least.”

“And then the second thing that I care deeply about is climate change. You know, I think we’re beyond the point where we actually have an option for caring about it or an option for opting in to solve it.”

“It’s something that is affecting us all, that is going to affect us all continuously and at a much higher degree. What kind of excites me though, is that same explosion that we saw that was driven by VC and cloud, I think we’re going to see the same thing with climate.”

“And then you’re getting, that’s getting met with this groundswell of entrepreneurs who are actually deeply caring about solving this problem and going, this is where I want to spend my life’s work. So you’ve got venture capital, that’s sitting there waiting to be deployed.”

Getting ahead through co-working

There are many opinions about what startups need to do to be successful, but one of the most common ideas is a variant of surrounding yourself with the best people. For some, that means having experienced mentors and for others, it means hiring great staff. For Colette, she thinks having a supportive network in a co-working space or similar can pay huge dividends.

She said, “I think what makes co-working spaces and any sort of a hub so important for growing ecosystems is that it’s the density of people that accelerates the learning, right? So you’re there with your peers. And even though you’re all working on different businesses, you’re all learning together and there are similar challenges you have to overcome.”

“For startup co-working spaces where you have that like-minded community, you’re all there. You’re all agreeing that you have a lot to learn and it’s just about, who’s going to learn fastest and then you’re all sharing. And that’s really the objective: learn as fast as you can.”

Colette Grgic shares more of her experience and ideas about the world of startups in the new History of the Australian Startup Ecosystem podcast series. The series is available from January 2021 thanks to major support from MYOB, AWS Startups as well as support from advertising partners, LegalVision.

The page you requested could not be found. Try refining your search, or use the navigation above to locate the post.